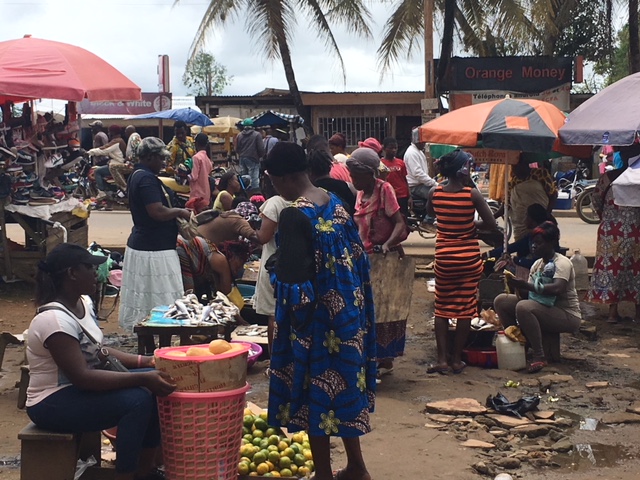 The French-speaking Cameroonian government decided to ban all vehicle movement in the English speaking parts of Cameroon. Fleeing from Limbe we encountered numerous roadblocks where the military stood somewhat menacingly with machine guns at the ready. At each stop, our skillful negotiators talked our way through till we reached the border of the French-speaking part of Cameroon. We successfully passed the border and moved onto Douala and eventually Kribi, where we are now staying for a few days before returning me to the airport in Douala.

The tensions between the French government and those that speak English date back to the end of World War II when the world was essentially divided up between the victorious allies. Why a nation-state was divided between two powers is a mystery to me. However, it highlights a continual colonial insensitivity. An insensitivity that threatens to tear apart an essentially peaceful people. Apart from government officials, there is very little animosity between French and English speaking people. We are now in the French region and my faltering attempts to communicate have been met with compassion and understanding. My hosts speak French so that helps, however I sense no real issue with the fact that they obviously come from the English-speaking side of the country.

Meanwhile, the discrimination from the French government continues. Schools have been shut down in Limbe and other English speaking cities and on weekends like the one we have just been through trade and commercial activity is severely affected by restriction of movement. It was quite alarming to see the efforts the government was going to in order to ensure that there was no uprising of the people on the anniversary of independence (1stOctober). In addition to the roadblocks, as we were leaving Limbe a military vehicle approached from the opposite direction, men at the ready and one soldier manning the heavy artillery gun mounted on the vehicle. 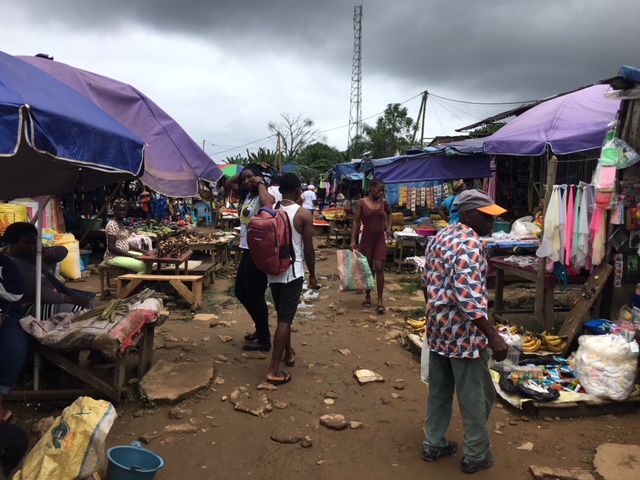 Yet despite the inequalities and intimidation, the quality of life does not appear to be incredibly different and the people on both sides of the divide are keen to get on with running businesses, engaging in community activities and generally just living life. My hosts suggest that the only way forward is for the UN to acknowledge the need for a two-state federation, essentially that each part of the country would be governed autonomously. And so there would be French-speaking Cameroon and English-speaking Cameroon as it was before independence. They believe the way to achieve this is similar to the uprising in the Arab Spring, yet even in this it appears lives will be lost. The fact that lives will be lost carries with it an inherent injustice as the discrimination and intimidation are from a colonial force desperate to hang onto power, a government that is not reading the signs of the time and is not governing for all the people. This is a disagreement on the grounds of power and control, not race, religion or anything else that tends to divide. These tensions are exacerbated due to the imminent elections to be held on the 7thOctober, with many Anglophiles seeking refuge in the Francophile parts of Cameroon. Most are expecting that the elections won’t actually change much in the country, with the government enforcing controls and ballot rigging being expected. Whatever the outcome of Sunday’s elections, as always it will be the people with little or no power that will pay the price of freedom. We can only hope that through their sacrifice, true justice and freedom will emerge for all Cameroonians.